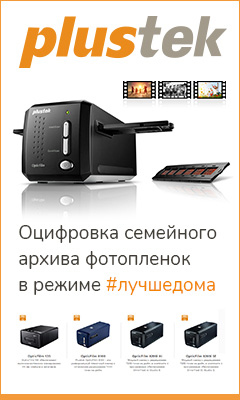 MICS in Brief
MICS Distribution Company has been in the Russian IT market since 1991. The Company specializes in wide-profile distribution of computer equipment and consumer electronics of well-known world brands. MICS is a reliable partner of retail chains, marketplaces, regional resellers, corporate clients, system integrators, and e-commerce companies. The main office and warehouse are located in Moscow. The scope of the company covers the entire territory of the Russian Federation.

The history of MICS Distribution Company began in 1991 when the company pioneered in forming a dealer network in the country. An agreement with Xerox signed in 1995 became a powerful impulse for the following development of the distribution business. The decision to focus on the dynamically developing distribution business was made during this period. Having a great experience in retail business and a clear-cut idea of retail companies’ needs, MICS successfully continues to expand the dealer network.

2000: MICS broadened its partner network and concluded agreements with the leading computer and household retail networks in Moscow, St. Petersburg and other regions of Russia.

At the same time the company worked hard on the expansion of its offer:

2005: MICS received the status of an authorized distributor of Toshiba portable notebooks and later of consumer electronics, including LCD TVs. Having expended its assortment with Xerox monitors, MICS began offering a full spectrum of Xerox equipment.

2009: MICS signed a distribution agreement with LG Electronics (laptops, consumer and commercial electronics) and expands contract with Lenovo to include IdeaPad lineup of products.

2011: MICS continues expansion to Russian regions opening full-fledged branches in Rostov-on-Don (MICS-South) and Novosibirsk (MICS-Siberia) to cover the South of Russia and the Siberian region, respectively. A RepOffice was established in St. Petersburg to be responsible for business in North-West of Russia. MICS further expands brands in its portfolio adding ACCO Brands, AOC, ASUS, Rexel, takeMS, Team Group Inc., as well as LG semi-Pro TVs. In October, MICS marked its 20th anniversary.

2012: MICS expands its customer base and turnovers in the regions of presence. Lenovo confirms MICS as the authorized distrubutor for the whole range of Lenovo products. MICS expands it product portfolio with wireless networking solutions from TRENDnet and UPVEL, computer accessories and memory from KREZ.

2013: MICS concludes agreement with PFU for distribution of Fujitsu document scanners, a leading global brand. MICS becomes the first Russian distributor company to acquire the status of an authorized partner to promote products and solutions to B2B market segment under the Samsung STEP program. MICS adds Fellowes business machines and workplace solutions, and begins distribution of tablet PCs under ZTE brand of China.

2015: MICS acquires the status of a wholesale partner on Acer notebooks. MICS signs a distribution agreement with Inspur Corporation, the largest manufacturer of server equipment in China, and becomes a Platinum distributor of the entire spectrum of Inspur server hardware and storage systems (NAS). Konica Minolta, the world's leading manufacturer of equipment for the digital office and production printing, grants MICS a “Direct Elite Partner” status. MICS, as an official distributor, starts deliveries in the channel and in projects 3D printers XYZprinting, one of the world leaders in the field of 3D printing.

2016: MICS celebrates 25th anniversary. Over the years the Company has earned the recognition of the market and holds a strong position in the IT distribution. The successful work of the company is highly assessed and marked with numerous awards in the field of promotion of computer equipment by vendor companies.

2017: MICS continues to hold top positions in rankings of the best distributors in Russia. The company acquires the status of an authorized provider of ASUS enterprise solutions and begins official promotion of Xiaomi notebooks.